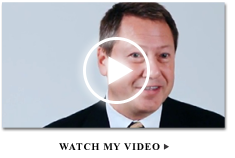 Bill Baten has been a full-time neutral since 1995, and has developed a national practice resolving complex matters of all types, including insurance coverage, commercial, employment, construction, environmental, significant personal injury and wrongful death, legal and accounting malpractice, directors and officers liability, and securities.   He has served as mediator, arbitrator, and special master in approximately 3,000 matters – including many eight- and nine-figure disputes and high-profile matters such as the Big Dig construction project in Boston.

Bill has developed a reputation as a resourceful and tenacious mediator who will stay actively involved until the dispute is resolved.

Bill attributes his success to thorough pre-mediation preparation, a fair-minded, merits-based approach, and a “never say die” attitude where he will not quit until the case is resolved – resulting in a track record of settling well over 90% of the matters he mediates.

More important to Bill than even the sheer amount of cases he settles is how he settles them – in a way that provides satisfaction to litigants and repeat referrals by counsel.   As a testament to Bill’s ability to build consensus, he is recommended equally by the plaintiff and defense bar throughout the country.   In fact, in contentious cases where mutual selection of a mediator is difficult, Bill often emerges as the only mediator that all parties can agree to.

Bill also has been characterized as a mediator who has the temperament to deal with both difficult personalities and highly charged emotional disputes, and has been successful in bringing resolution to even the most contentious cases and parties.

Bill Baten enjoys a reputation as an arbitrator who is willing to make tough decisions based on the facts and the law, and is critical of arbitration processes that simply “split the baby.”  Bill Baten also believes that efficiency is at the core of arbitration, and therefore pledges never to make parties wait undue time for rulings or the final decision. Bill Baten has served as an industry advisor to the Uniform Law Commissioners’ multi-year project to revise the Uniform Arbitration Act for the first time since its creation in 1955.  Bill Baten also has served on mass-tort arbitration panels for matters such as Dalkon Shield (product liability) and Black Farmers (civil rights).

Bill Baten has served as a special master and neutral administrator in several nine- and ten-figure disputes among Fortune 500 companies.  His responsibilities have ranged from rulings on discovery disputes to rulings on responsibilities for national and local defense structure among scores of defendants in mass-tort cases.  As with arbitration, Bill Baten believes an important role of a special master is to expedite those matters which the courts are too overburdened to handle in a timely manner.  Therefore, Bill Baten places emphasis on efficiency and timely action in his special master assignments.

Bill Baten enjoys spending time with his family as well as auto racing in the SCCA racing series. Bill’s racing accomplishments include Rookie of the Year, winning the 50th anniversary of the prestigious “June Sprints” at Road America in 2005 (first won by Carroll Shelby in 1955), and winning the National Points Championship in 2009.  He has also won races and set track records at Road America, Pocono, Watkins Glen, IRP, Mid-Ohio, and Nelson Ledges.