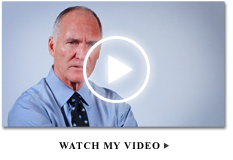 John R. Van Winkle is recognized nationally as one of the leaders in mediation and ADR. He chaired the American Bar Association’s Section of Dispute Resolution and has been a full time professional mediator and arbitrator since 1994.

Mr. Van Winkle has been involved in ADR generally since 1985, acting as mediator, arbitrator and trainer. His primary focus is mediation of complex commercial, contract, insurance coverage and class action cases. He has been appointed by state and federal judges to mediate such complex matters. In the fall of 2005, Mr. Van Winkle was appointed by the State Court Judge in Birmingham, Alabama, to mediate the various HealthSouth Corporation state court cases alleging massive accounting fraud and involving multiple securities cases, derivative cases and insurance coverage rescission actions. A listing of representative cases in all substantive areas is available on the website.

Prior to establishing VanWinkle • Baten • Rimstidt Dispute Resolution, Mr. Van Winkle was engaged in the private practice of law as a trial lawyer. He began his trial practice in 1970, trying cases for both plaintiffs and defendants in over 50 of Indiana’s 92 counties. In the last ten years of his trial practice, Mr. Van Winkle had primary responsibility for complex commercial, insurance coverage, and personal injury litigation and was chief trial counsel in several leading shareholder dispute cases.

Mr. Van Winkle has written numerous articles and law journal articles on ADR and mediation and is author of West Publishing Company’s Indiana Practice: Rules of Alternative Dispute Resolution Annotated and Mediation: A Path Back for the Lost Lawyer (1st and 2nd Editions).

Mr. Van Winkle has conducted numerous seminars and training programs in ADR and mediation for state, local and national groups, including training of Civil Judges in Budapest, Hungary in 1994. A complete listing of all articles and seminars are available on the website.